I politely,carefully,but and yet unequivocally,"Withdraw"from the masses.The masses of rundown,hurried-up,over-worried and mismanaged mainstream that is, that makes up this life.

I politely "Withdraw"from the "old school" mainstream that dominated life early on in my process.With that being said,"I surely and most definitely "Withdraw" from this mainstream, the mainstream of Social Media, Remote Control Work hours, and Grocery Delivery.....

No not officially, but if I were led to believe that I could or can make it through this life without being part of the mainstream, I would surely "Withdraw". I have just about lost all respect for mankind. We or they, or however or whoever you want to look at it.I have tried to understand it but the farther I reach for it, the farther I fall. I may perform harm upon myself but I will strive to not harm anyone else along the way.

P.S. Any payments or checks or anything I have previously wanted or was owed. I still want it. 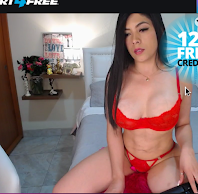 long
I would lay her down and make her mine

Plant long slow kisses that get better with time

Perfect lips that none can compare

Perfect breast that will melt in my mouth

To taste the juices the Gods have prepared me

Whips of the Masters

With a crack and a boom;

They lit up the sky

It's different than before

and I think you'll know why

It's time to be judged and

I think you'll know why

With a "Book of Faces" and

I hope you told the truth

because rumors can mount

When we entered the net

We took our first fall

We took the mark in our hands

When we fell to our knees

And worshiped the beast

At his glorious feast

Now the clouds are still dripping

Yet the sheen has worn off

The Angels have gathered

They're down from their loft

These words are more than rhymes

But I'm sure they're unheard

They're all I have left; my shield and my sword.

On August 21st 2017 there was a total eclipse of the Sun that went from the Pacific ocean, across the Rocky mountains, through the heartland, across the southeast and beyond the Atlantic ocean. This was a rare event where the Moon overlapped the Sun blocking it's rays and in some cases causing complete darkness in the middle of the day.
There's a verse from the Quran, I believe in the book of resurrection that says "when the Sun and Moon unite then that land will know that destruction is about to befall it".
Before I go any further I would like to tell the reader that this isn't a story about science and it isn't a story about Islam. This is simply an appeal to people living in my country these United States to open their eyes and see the times we're living in.....
I'm a 50 year old man serving a three year prison sentence in Indianapolis, Indiana.
When I was 14 my mother while high on valium and whiskey shot my father 7 times until he was dead. That was 1984 and whatever hopes and dreams I had up until that point would soon fade into memories
My generation ushered in things like the microwave, cable tv, Mtv and yes video games.
At the age of 13 I was a good athlete and already well known in my hometown. I went to typical teen-age parties where jocks were supposed to be seen. What I didn't know at the time was that I was already an alcoholic.
I can't help but wonder what my life would have been like had I known God at an earlier age. Sure my Mother and Father took me to church sometimes. I was even baptized. It's just a shame that at the age of 8 I didn't have a clue what baptism was. I'm not sure if anyone in my household truly had a relationship with God. I believe that my parents may have attended church for the wrong reasons. Unfortunately I don't believe they were alone in this.
As I sit here in my prison dorm it amazes me the of the lengths that these inmates will go to just to escape reality. As you can guess there are drugs here in the prison.
I can't say I blame them though. Had my relationship with God not been growing through my incarceration I would probably be right there with them.
You might not believe this but you can get just about any drug you want here in the prison.
After all this is the heartland of America and where there's a will there's a way. And there's very much a will to escape this reality.
I had been trying to find God even before my incarceration but I watched the homeless and murder rates go up about a 1000% in the last 10 years. I watched neighborhoods turn into ghost towns, while neighborhood churches closed their doors. I watched the strength of the drugs go up while the prices went down. I personally tried to live a better life but I barely could keep a roof over my head and I just couldn't dig out of the whole.
You might be wondering why I've decided to tell my story. Well actually I haven't. I've told you of my story which is a common story in these United States.
When a person sits back and looks at all the signs, natural disasters getting worse, new forms of sickness like the"coronavirus", inner turmoil here at home not to mention the foreign threats that we've always had to deal with. Then there's a fact that most people don't want to look at, which is that we're surrounded by water. Water that's rising in record numbers because of global warming. If the powers that be don't get a handle on global warming it's a done deal anyway.
I can't fix any of these problems. The only thing I know to do is try and become a better person myself and try and worship God the way He's supposed to be worshipped. If people don't" Avert" their eyes from the problem then maybe we can "Avert" from the destruction a little longer. 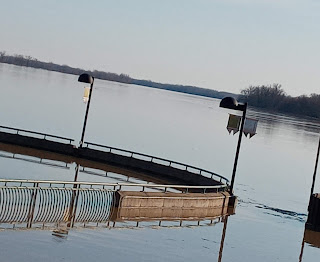 A few years ago for some reason I decided to write a poem that I believe turned out pretty well. I realized that I actually had some unknown talent.
I never knew I had this talent because like a lot of people who are like me I was always to busy trying to be entertained rather than being creative. I lived my whole life existing day to day just trying to survive. I would go to work ( sometimes) in a mind numbing factory or restaurant just to make enough money to  pay rent on a place just so I would have a place to go and unwind, get a buzz and forget it all for awhile. I never even knew I was supposed to try something different. Everyone I knew or associated with did the exact same thing.
We may have been told to go to school and get an education but I don't think most people knew why we should. The average person would assume that you should go to school to make more money. This is definitely something a person should strive for but it's far from the most important.
A lot of us were not encouraged to do much of anything short of turning 18 so we could hurry up and get out of our parents house. This forced us to take the first job that was offered to us. Before long we were content to be working at McDonald's or some other fast food chain. We were content because we were having parties in our new apartment. We thought we were grown up and liked our independence.
Some of us were not grown up however and would never become grown up because a person can't mature a whole lot when they never remain sober enough to make any decisions let alone mature decisions.
Our parties were costly even if we didn't realize how much. Some of us became involved in relationships that we would never have, had we remained sober. We became mothers or fathers at an age when we should have been focusing on what to do with the rest of our lives.
We were with the other person for the wrong reason from the outset so if we decided to get married it probably didn't last long.
We soon were living a life that had somehow turned into only regret and resentment.
To watch someone else's life on television was the logical thing to do because who would want to look at our own lives.
We sought escape in television, music and most definitely drugs.
We called ourselves successful if we held onto the same job for a few years. If we were ever able to buy a home we considered ourselves lucky.
I'm not sure what I would have been had I taken the time to even consider going to college.
I would like to think I could have been a successful writer or artist.
I'm not sure what I would like for the reader to take out of this. I suppose I am telling you to keep on trying and don't get overwhelmed by it all. Everyday is a struggle but we have to attempt to do the best we can. We have to keep setting goals for ourselves because that's the only way to get the sense of accomplishment we've been looking for.
I hope I can take my own advice. Just knowing is not enough. I more than anyone have to keep on attempting to be the best I can.
With my eyes finally open yours truly O³

Email ThisBlogThis!Share to TwitterShare to FacebookShare to Pinterest
Labels: O³

The Ones Who Can

ginal-width="513" height="320" src="https://1.bp.blogspot.com/-rOgHYjuiaTw/YEAmqe63fdI/AAAAAAAAAWI/5nitJh2euqkH9CfjVRgN_7Y__6pgxPmiwCPcBGAsYHg/s320/20210221_143510%257E2.jpg" />
To embrace the tears
Overcome ones fears
It's never to late
To change one's fate
Make a vow to dream
Or is it more than a dream?
We're the ones born free
Or so it seemed
Rise above the distractions
High and above what's lost
Things are clearer now
Though it's come at a cost
Yet still we are here
Always daring to dream
We're the ones who can
And soon we'll be free
O³
at March 03, 2021 2 comments:

Although I'm free there's a sickness inside
The older I get the harder it gets to hide
Cold and desolate a heart turned cold
Perhaps a life of leisure had my steps been bold
To play it safe, keeping rage at bay
Emotions are like colors
And mine have turned grey
Words come easy sometimes with a cost
Sadness to creation but usually I'm lost
If someone cared I probably would tell
But ears have gone deaf
And heads have started to swell
I thought I could change minds
But there's none to be swayed
Trying to Avert the damage until another day
For now I'll keep it inside
And turn the shade to grey
Blacks turn to blacks while whites stick to whites
Cut off from the land and read our last rites
Color doesn't matter
Inside we've gone grey
Hoping to Avert the damage if only for today
Is there something I can do
Is there something I can say
Play it safe another time
And turn the shade to grey
O³ 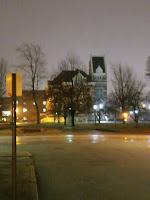